History might be difficult to understand, especially when it’s not the history of your native country.

To help you to understand better the relation between the French king of the History, we have try to explain and answer the question: Where do the king comes from? What was his root family?

We will explain the French king chronologically. Let’s get started!

We call them Mérovingiens because Clovis Grandfather’s name was Mérovée. 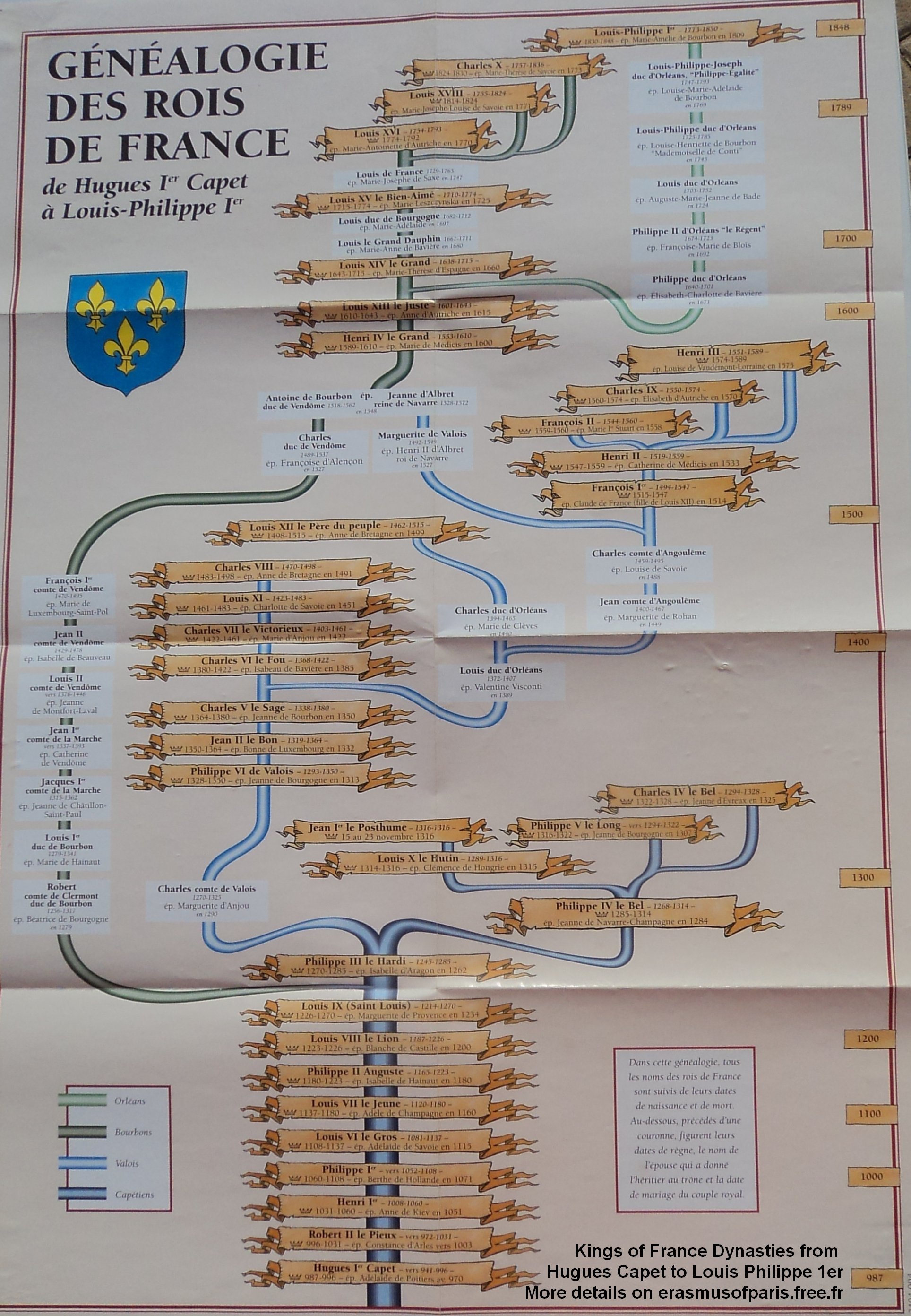 Hope this will make you understand better the History of France